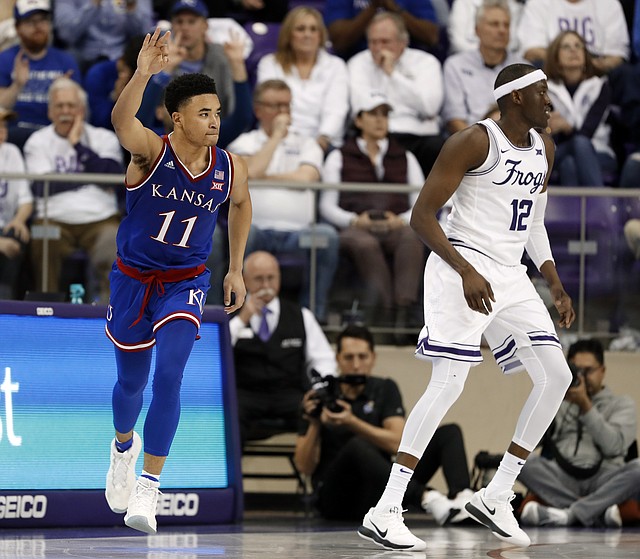 One day after naming Kansas center Udoka Azubuike as the top player in the Big 12 Conference, the league’s coaches pegged Azubuike’s team as the one to beat during the 2019-20 season. By Matt Tait

Wednesday afternoon, the NCAA’s Playing Rules Oversight Panel approved a set of proposed rule changes for the 2019-20 season that included moving the college 3-point line back to the international distance of 22 feet, 1.75 inches from 20 feet, 9 inches, and resetting the shot clock to 20 seconds (instead of 30) on offensive rebounds.By Matt Tait

Fort Worth, Texas — Freshman guard Ochai Agbaji was out of breath when he took his seat for the postgame meeting with the media following 14th-ranked Kansas’ 82-77, overtime victory at TCU on Monday night. And, sure, dropping 20 points and grabbing 11 rebounds in 41 minutes probably had something to do with it. By Matt Tait