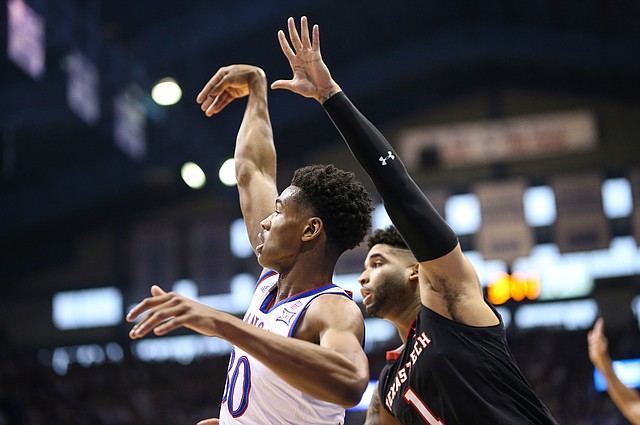 Former point guard Devonte’ Graham, who is now with the Charlotte Hornets, is still finding ways help Kansas win, even though he is 11 months removed from his last action in a Jayhawk uniform. Before KU’s 79-63 victory over Texas Tech, Graham gave the team a message that proved to be pivotal Saturday afternoon in Allen Fieldhouse. Just before the team ran through the tunnel, Kansas played Graham’s message on the TV in the locker room.