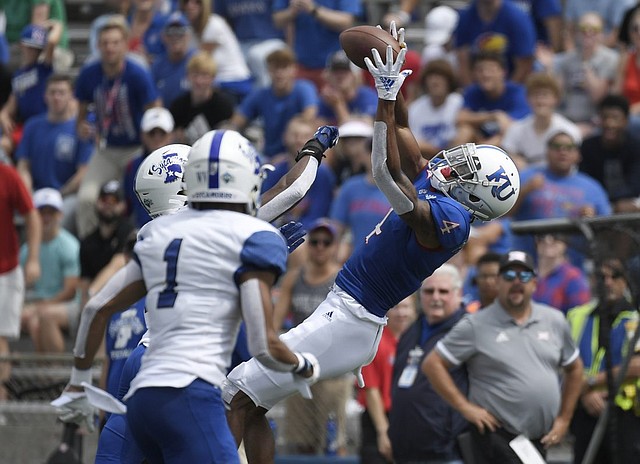 After a strong 2019 season in which he earned honorable mention all-Big 12 honors, Kansas wide receiver Andrew Parchment landed on the Biletnikoff Award’s preseason watch list for 2020 on Thursday. By Matt Tait

No, the Jayhawks aren’t completely overhauling their offense in the middle of the season. But head coach Les Miles decided to fire offensive coordinator Les Koenning and replace him with Brent Dearmon, so changes should be expected as KU returns from a week off to play at No. 15 Texas. By Benton Smith

Although the receiving duo of Andrew Parchment and Daylon Charlot wasn’t likely to combine to produce 200 yards and 14 catches every week just because the two did so in the Kansas football team’s season opener, the Jayhawks would like to get a lot more out of the pair of targets than they did in a Week 2 setback. By Benton Smith

Following his first win at Kansas, head coach Les Miles knew exactly who to give the game ball to. Shane Jackson