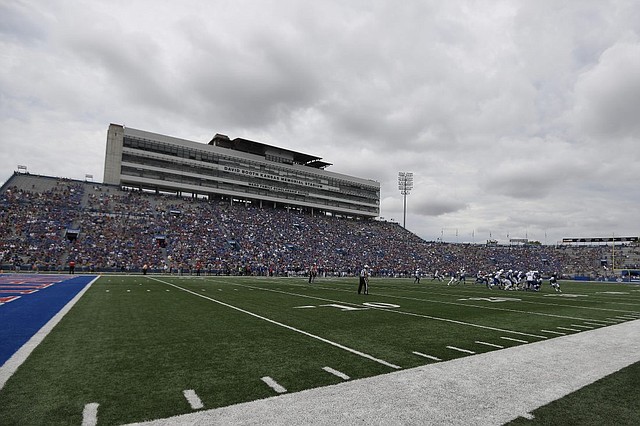 For the college athletes who are heading into a season of uncertainty brought on by COVID-19, the NCAA’s decision to not charge them a year of eligibility — no matter how much they play — brings peace of mind.

The Kansas football team might still open up its abbreviated 2020 schedule against Southern Illinois, but it’s not likely to be on Aug. 29 as scheduled. By Benton Smith

KU has found seven cases of COVID-19 among the 100 student-athletes it's tested from across four sports, University of Kansas Athletic Director Jeff Long said Monday. By Matt Tait

University of Kansas fans holding season tickets for upcoming KU sporting events now have assurances from the athletic department that their investment is safe. By Matt Tait

Kansas Athletics Inc. is conducting an online survey to gauge fan interest in attending KU sporting events in the fall and beyond. By Matt Tait

Waving flags that read “Rock Chalk Jayhawk” and “LFK.” A full student section. One fan even had a plunger on his head. Braden Shaw