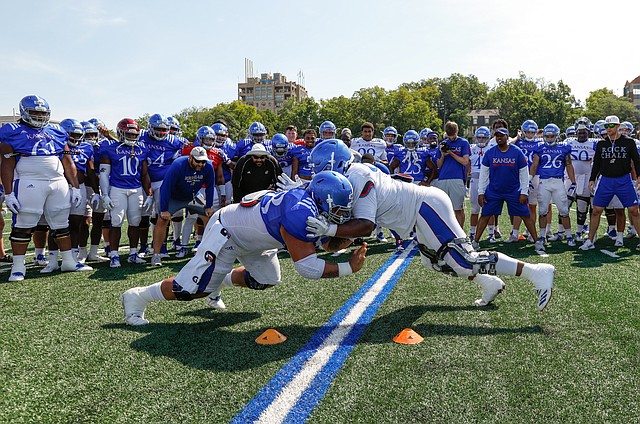 The starting quarterback job isn’t the only one on the Kansas football team that remains unresolved as the Jayhawks go through game week preparations for their season opener. The first published depth chart of the Les Miles era arrived Monday, and it lists seven first string spots up for grabs ahead of KU’s Saturday debut versus Indiana State. By Benton Smith

After move to center, Api Mane standing out on KU's O-line

On an offensive line that Kansas football coach Les Miles professes to be encouraged by during the team’s closed preseason practices, the man at the focal point of it all is catching the head coach’s eye for the right reasons. By Benton Smith