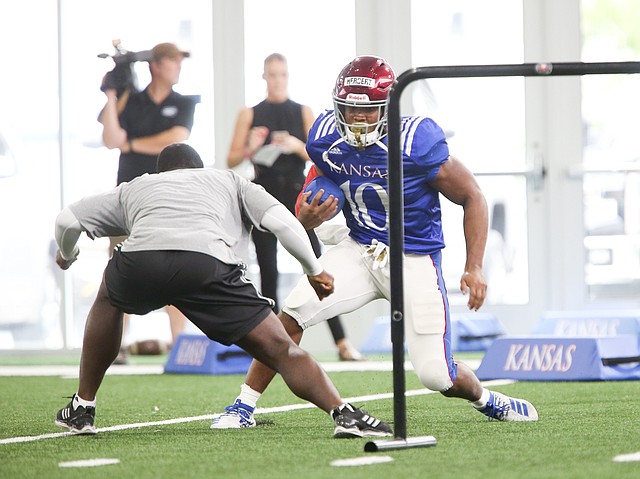 Kansas running back Khalil Herbert makes a move during practice on Thursday, Aug. 8, 2019.

The Kansas football team’s Khalil Herbert predicament reached its seemingly inevitable conclusion Wednesday, as head coach Les Miles announced the senior running back is no longer with the program.

Kansas football coach Les Miles left a steamy preseason practice early Tuesday afternoon not drowning in sweat, rather once again in a buoyant mood. Following what Miles disclosed would be the last camp practice during which the team tackled throughout, from start to finish, he opened his press conference by talking up some top offensive performers. By Benton Smith