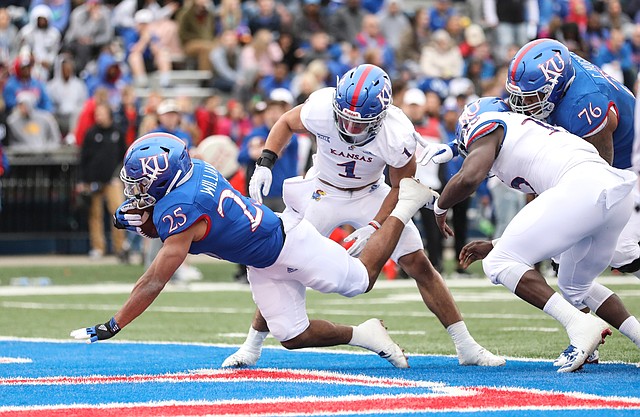 While Les Miles’ first team at the University of Kansas isn’t expected to zig while everyone else is zagging and turn back the offensive clock 40 years, he hinted that some old school features could factor into the Jayhawks’ approach this fall. By Benton Smith

Spring games aren’t supposed to reveal much of anything about a college football team’s potential — head coaches such as Les Miles would have it no other way. Benton Smith