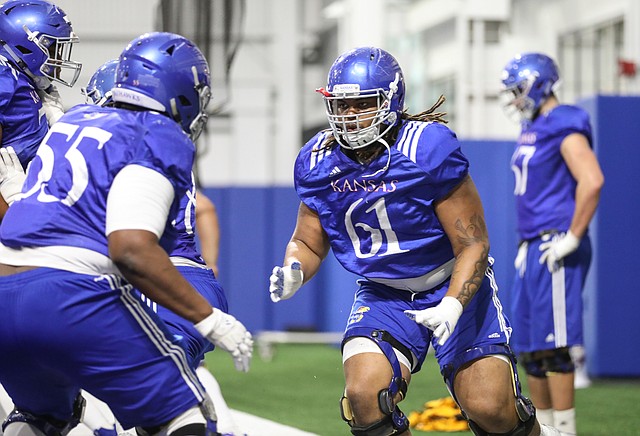 The Jayhawks unveiled their first public depth chart of 2020 on Monday, and only two starting jobs on offense remained unresolved. The defensive two-deep didn’t include any either-or scenarios.

For a man who lost two key starters up front from last year’s lineup, Kansas football coach Les Miles doesn’t sound especially worried about the state of the Jayhawks’ blocking.