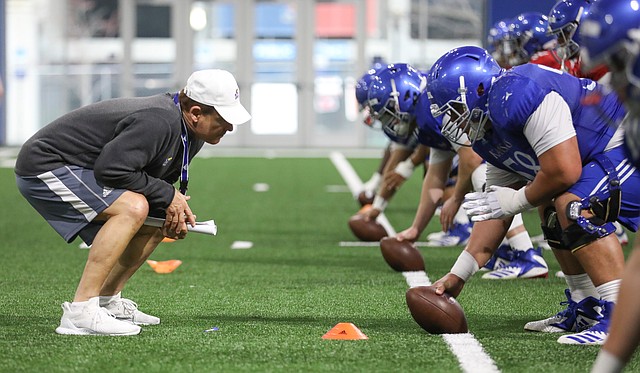 Jayhawks plan to utilize depth of offensive line this season

With the season two weeks away, Kansas offensive line coach Luke Meadows has yet to narrow his unit down to five starters. And that is by design. Shane Jackson

With any college football coaching regime change comes adjustments for the players who spent the previous season — or longer — studying, practicing and executing a specific set of plays. At the University of Kansas, where Les Miles this past November took over a wobbling program that has won three or fewer games each of the past nine seasons, some modifications will be more drastic than others. By Benton Smith