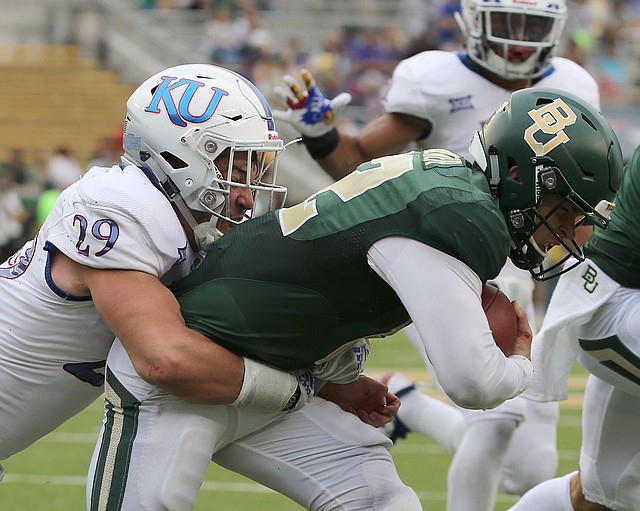 Mention to Joe Dineen how much the evaluators at Pro Football Focus seem to love his play at linebacker and the University of Kansas redshirt senior will start laughing. So, yes, Dineen is aware of PFF’s grades, tweets and articles touting his ability. By Benton Smith