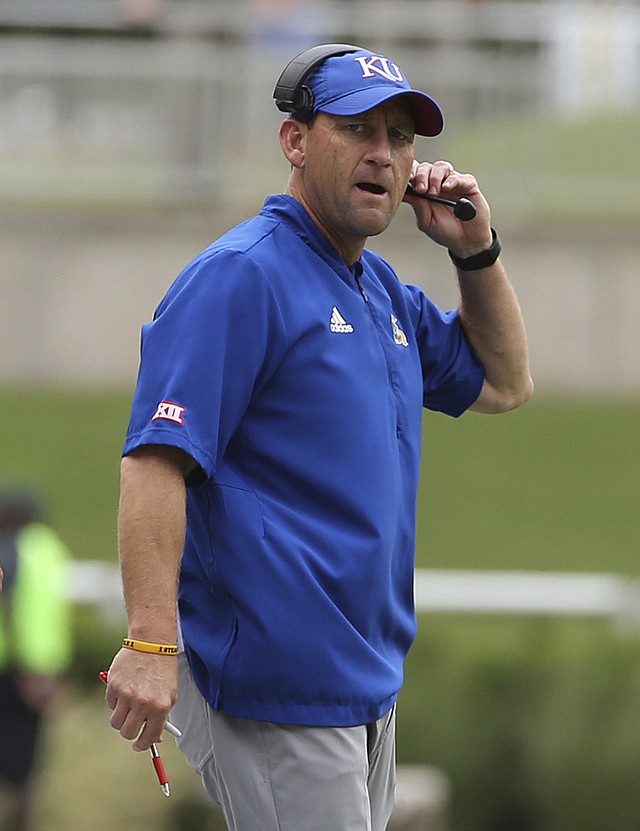 The David Beaty era at the University of Kansas may have ended on the field in November of 2018, but the athletic department that fired him hasn’t heard the last from the former embattled head football coach. Beaty filed suit against his former employer, Kansas Athletics, Inc., on Tuesday, alleging a breach of contract and unpaid wages of $3 million owed to him. By Benton Smith

David Beaty: No plan to redshirt any KU football players at this juncture

KU football coach David Beaty said QB Miles Kendrick is “not at all” a redshirt candidate. In fact, Beaty added, he and his staff aren’t discussing the idea of redshirting “anybody” right now. By Benton Smith

It was an all too familiar result for the University of Kansas football team. Oklahoma State scored first and never looked back during a 48-28 victory over Kansas at David Booth Memorial Stadium Saturday. The Jayhawks (2-3, 0-2 Big 12) struggled to move the ball offensively at times, and were overmatched on the defensive end to suffer their second loss in as many weeks during conference play.

David Beaty: 'No excuse' for some of KU football's timeout issues

According to Kansas football coach David Beaty “there was a lot to learn” from his team’s Big 12-opening loss at Baylor this past weekend. Some of those lessons materialized as the Jayhawks handled timeouts. By Benton Smith