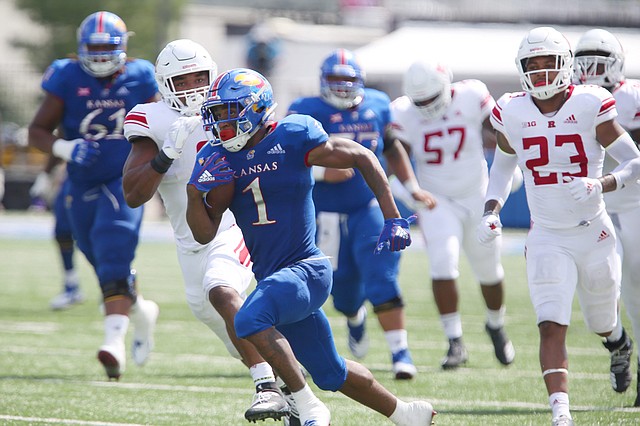 It’s easier said than done with defense’s keying in on KU’s star freshman running back, but one of the major goals for offensive coordinator Doug Meacham each week has to be examining the opponent’s defense and finding as many spots as possible for Pooka Williams running lanes. By Benton Smith

Pooka Williams’ skills aren’t only dropping jaws around Lawrence. According to Pro Football Focus, the Jayhawks’ young offensive star is the third-best true freshman in all of FBS through three weeks. By Benton Smith

If you feel like you learn something new every day about Anthony Williams Jr., better known as Pooka, don’t consider yourself out of the loop. Even fourth-year Kansas football coach David Beaty forever picks up fresh material about the sensational running back.