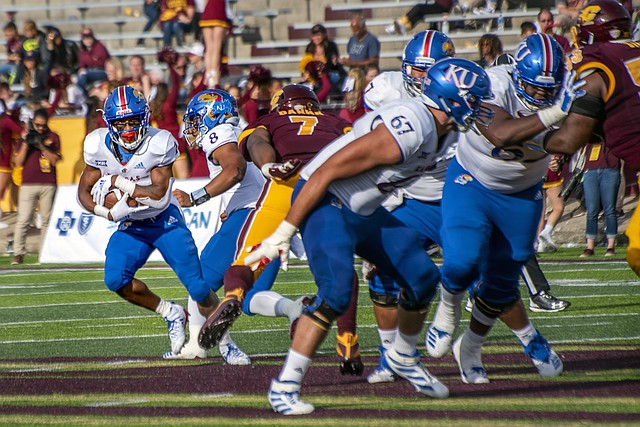 KU has to put the ball in star running back Pooka Williams Jr.’s hands as often as possible every week. But when the Jayhawks are playing on the road as a three-touchdown underdog that simple and obvious offensive strategy becomes even more critical. By Benton Smith

Despite an offseason full of uncertainty regarding his exact status for the coming Kansas football season, expectations remain high for sophomore running back Pooka Williams. By Benton Smith

Beaty: Pooka Williams' eligibility issue 'behind me until somebody tells me different'

If the undisclosed eligibility issue that kept Kansas running back Pooka Williams from playing in the football team’s season opener remains unresolved — head coach David Beaty won’t address its status — the matter, Beaty insists, is not one currently causing him grief. By Benton Smith

If you’re still on the fence about whether to head out to David Booth Kansas Memorial Stadium for an 11 a.m. kickoff Saturday vs. Rutgers, don’t take my word for it. Heed the words of someone who has witnessed a ton of Pooka highlights live.

Pooka Williams expected to play for KU this week vs. Rutgers

Some mystery still surrounds what kept the Kansas football team from playing Pooka Williams in its season opener. But head coach David Beaty said Monday morning the freshman running back who raced to 125 rushing yards and two touchdowns in his debut will be back in action this Saturday for the Jayhawks’ home game versus Rutgers. By Benton Smith