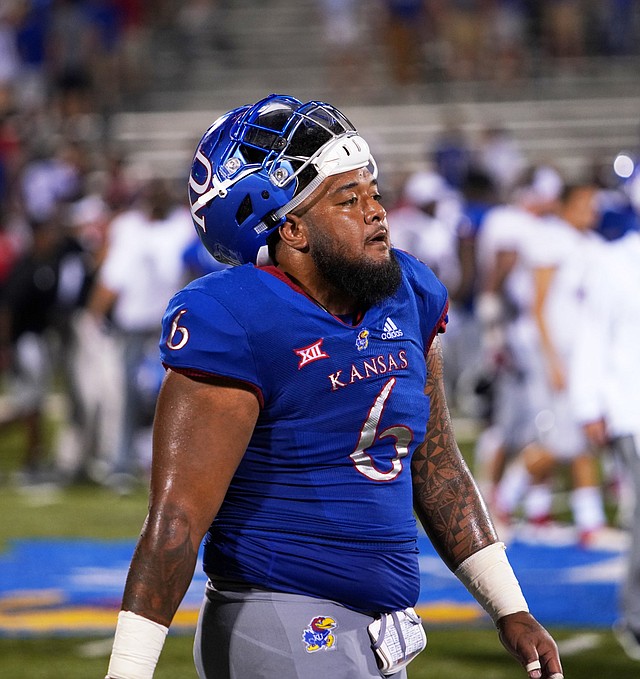 Kansas' Isi Holani (6) walks back to the locker room after a loss to Nicholls State on Saturday, Sept. 1, 2018 at David Booth Kansas Memorial Stadium.

Kansas football coach David Beaty suggested earlier this week that a resolution was coming on defensive tackle Isi Holani’s summer DUI charge. On Tuesday Holani’s case was dropped because he didn’t meet the legal standard for the violation. By Benton Smith

When Kansas defensive tackle Isi Holani got arrested in late July on suspicion of DUI, the football team issued a statement saying that details of the situation were being collected and an update would be provided once the process was completed. On Saturday night, in the Jayhawks’ season-opening loss to Nicholls State, the 6-foot-3, 325-pound redshirt senior didn’t start, but Holani subbed in to play on the defense’s first series. By Benton Smith