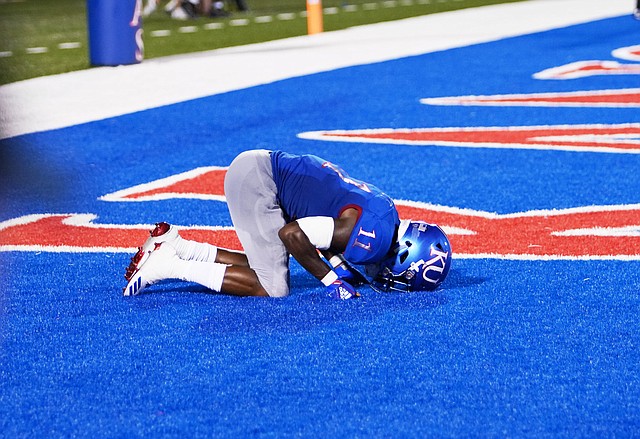 Mike Lee (11) falls to his knees after Nicholls State scores for the win in OT on Saturday, Sept. 1, 2018 at David Booth Kansas Memorial Stadium.

In a game marred by bad snaps, sacks and no real running threat, the Kansas football team somehow found itself with a chance to open the season with a victory, in overtime at that. But head coach David Beaty’s fourth season opener ended the same as his first, in 2015, with a home defeat at the hands of an FCS opponent.