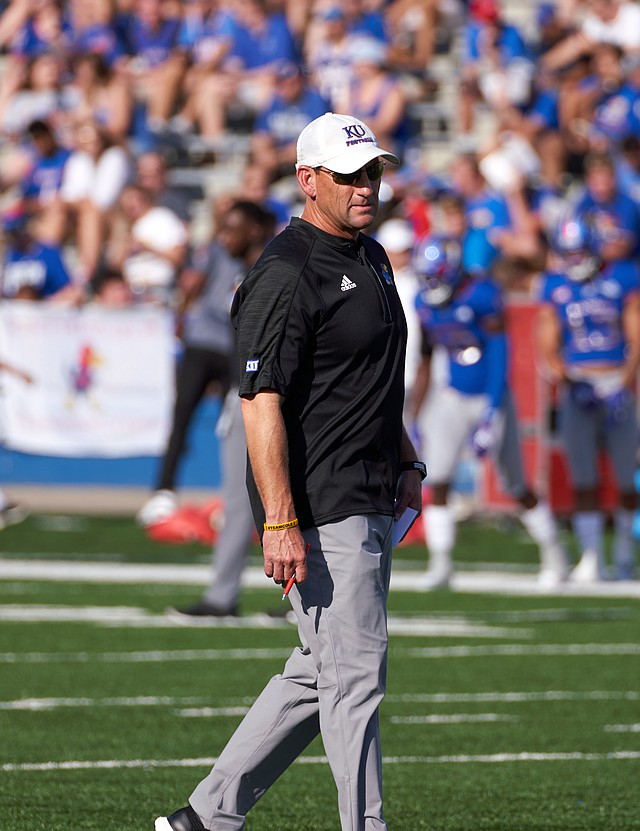 A U.S. District Court magistrate judge ruled Tuesday that Kansas Athletics will have to turn over evidence requested by lawyers for former Kansas football coach David Beaty, whose $3 million lawsuit against his former employer remains ongoing, more than a year after KU fired him.

Kansas State made enough plays down the stretch to hold off Kansas yet again. With 2:46 left in the game, K-State quarterback Alex Delton scored on a 21-yard touchdown run to give the hosts the final advantage in the 21-17 victory. The win extended the Wildcats’ (4-6, 2-5 Big 12) dominance in the Sunflower Showdown, as they have won 10 consecutive meetings over the Jayhawks.

In David Beaty’s first game this season serving as head coach, offensive coordinator and quarterbacks coach, the Kansas football offense never put his team in position to challenge Texas Tech on Saturday. According to those involved, the only thing that seemed to go well for the offense was the play-calling process. By Benton Smith

The University of Kansas football team was unable to do enough to pull off the upset over No. 9 West Virginia. WVU led the entire contest during a 38-22 home win over KU Saturday at Milan Puskar Stadium. The Jayhawks (2-4, 0-3 Big 12) created four takeaways on the defensive end, while holding the Mountaineers (5-0, 3-0) to a season low in points scored. Kansas has dropped the previous five meetings with West Virginia

According to Kansas football coach David Beaty, he mistakenly described some of the circumstances surrounding his team’s final offensive play of an overtime home loss to Nicholls State, while appearing on his weekly radio show, Hawk Talk, Monday night. By Benton Smtih