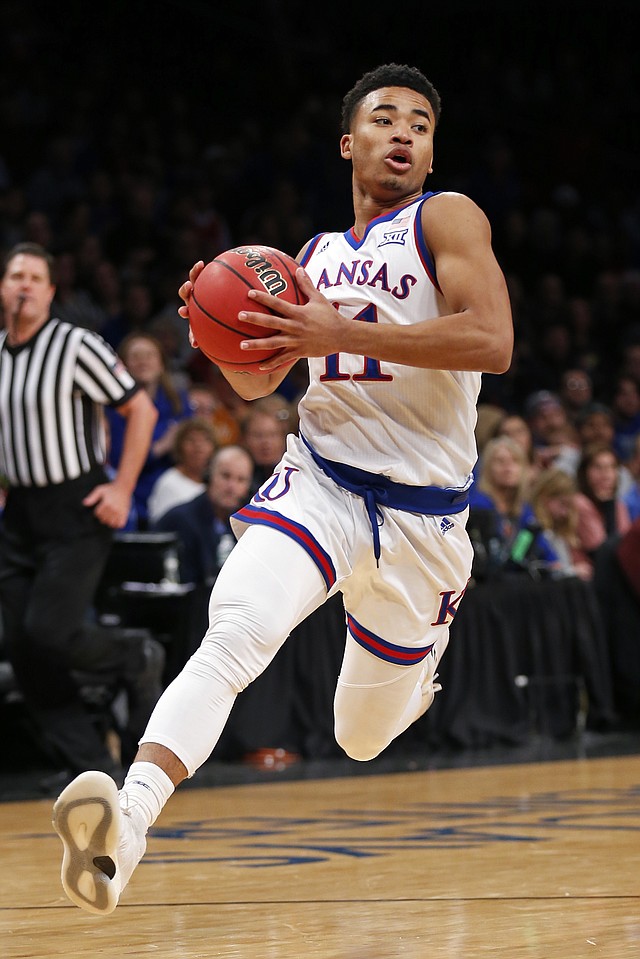 Kansas guard Devon Dotson drives to the basket against Tennessee during the first half of an NCAA college basketball game in the NIT Season Tip-Off tournament Friday, Nov. 23, 2018, in New York. (AP Photo/Adam Hunger)

Already recognized as two of the top players in the Big 12 Conference, Kansas players Udoka Azubuike and Devon Dotson were honored on a national level on Tuesday. By Matt Tait

Devon Dotson cites desire to win, avenge 2018-19 season as big reasons for his return to Kansas