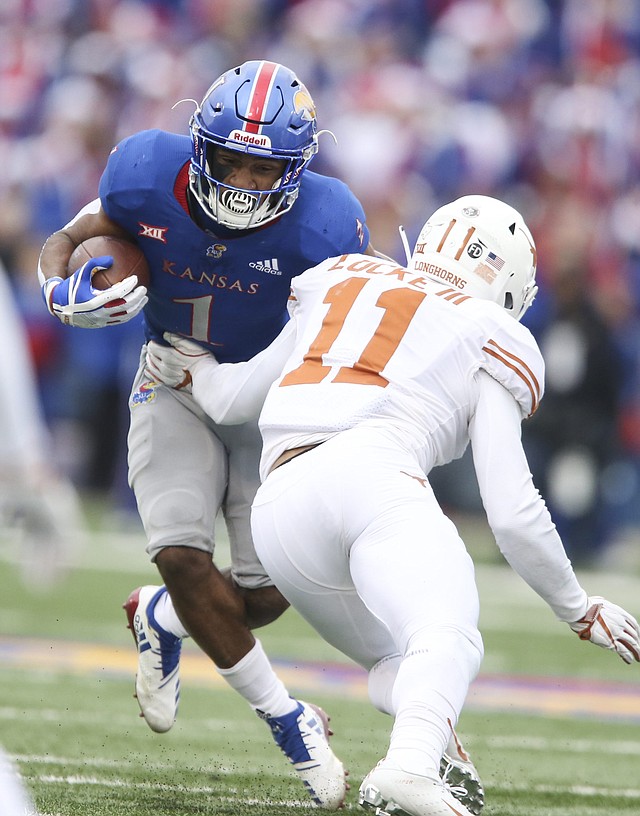 While almost all of the 90-plus players listed on the Kansas football roster suited up Wednesday, sans shells and pads, for the first day of spring practice inside the program’s new indoor facility, running back Pooka Williams was nowhere to be seen. By Benton Smith