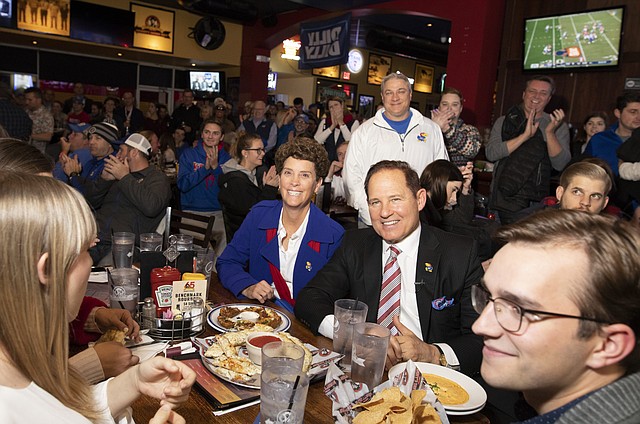 Newly-hired Kansas head football coach Les Miles sits next to his wife, Kathy, as they listen to Kansas Athletic Director Jeff Long tell a story about hiring Miles during the "Hawk Talk" radio show on Sunday, Nov. 18, 2018, at Johnny's West in Lawrence. Miles was announced as the head coach earlier in the day.

When six junior college prospects signed with the Kansas football program this past December, it seemed new head coach Les Miles might be headed down a familiar recruiting path. By Benton Smith

Miles expects KU to have 15 players in 2019 signing class

When new University of Kansas football coach Les Miles emerged from the kitchen inside Johnny’s Tavern West on Sunday night, approximately 350 fans welcomed him to Lawrence with 30 seconds worth of cheers and applause.