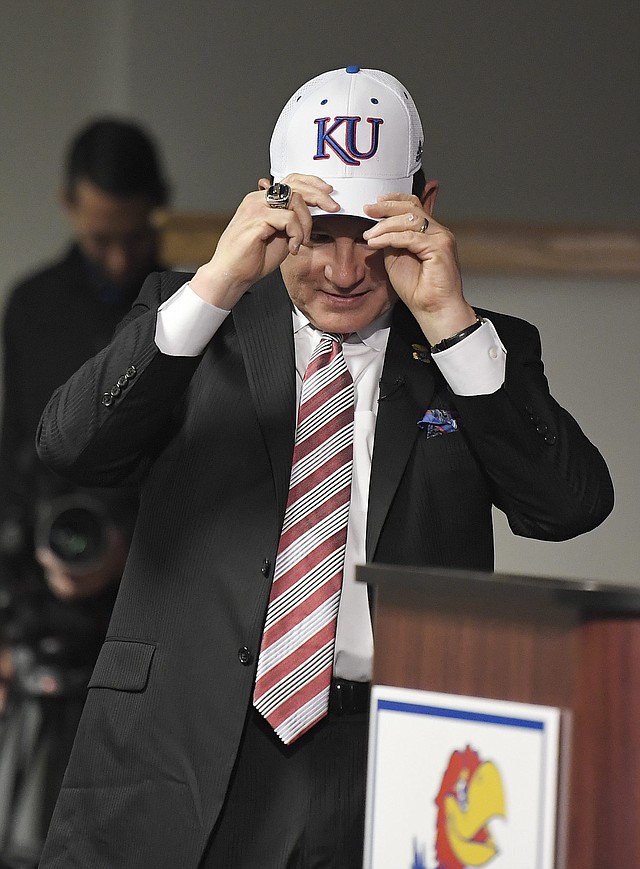 The list of former LSU Tigers who played for Les Miles and were drafted into the NFL is roughly as long as the number of junior college transfers the Kansas football program brought in during the past 10 years, hoping against hope that the juco route would be the elixir that cured KU’s woes. Can you imagine if Miles flips the script? By Matt Tait

Two weeks after Jeff Long first stood in Hadl Auditorium and detailed what he hoped to accomplish in his Kansas football coaching search, the first-year athletic director returned Sunday night with an old colleague in tow. Just as the buzz throughout the past several days indicated he would, Long introduced Les Miles as KU’s 39th football coach, presenting his new high-profile employee with one of Miles’ signature white baseball caps — except this one came with a KU logo instead of LSU. By Benton Smith