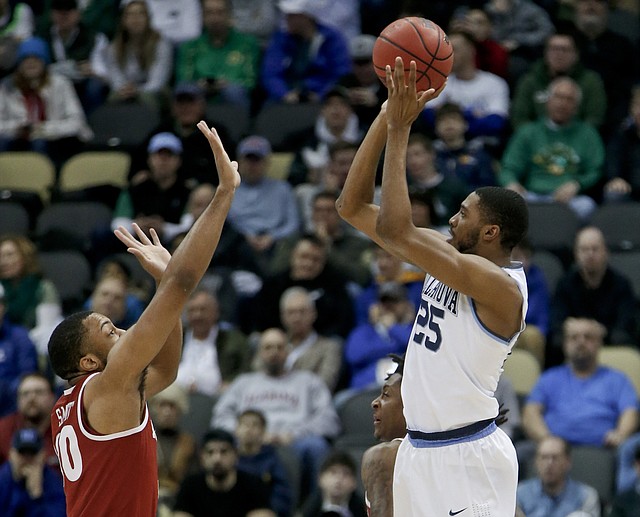 Villanova's Mikal Bridges (25) shoots over Alabama's Galin Smith (30) during the first half of a second-round game in the NCAA men's college basketball tournament, Saturday, March 17, 2018, in Pittsburgh. (AP Photo/Keith Srakocic)