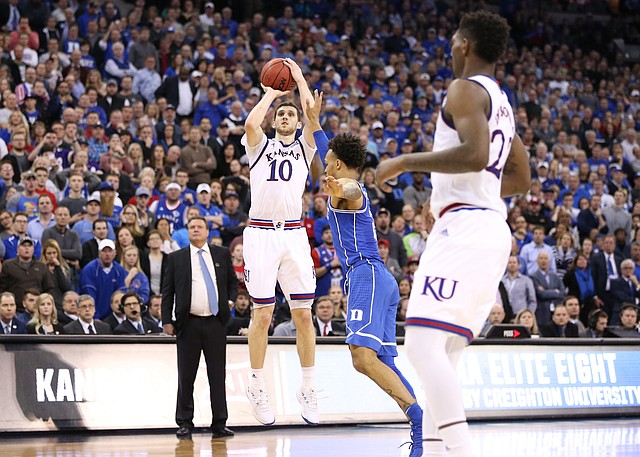 The 10 most-talked-about KU basketball games of 2018

Before the Kansas men's basketball team gets going with another round of memories in 2019, here’s one last look at the team's most-talked-about games from 2018. By Matt Tait

Svi Mykhailiuk’s prospects for success as an NBA rookie just took a gigantic leap forward with Sunday night’s news that LeBron James decided to sign a four-year, $154-million deal with the Los Angeles Lakers, who drafted Svi in the second round last month.