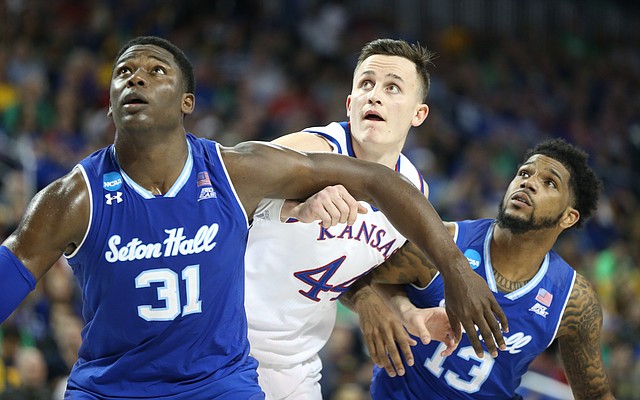 Known for his buoyant personality and adrenalized reactions to any Kansas basketball highlights that play out in front of him, a downcast Mitch Lightfoot slumped at his locker inside The Alamodome this past March. By Benton Smith

Up 16 pounds from his playing weight at the end of the 2017-18 season, Kansas junior Mitch Lightfoot, said Sunday that, with all of the beef on this year’s KU basketball roster, getting bigger was not just the goal but also necessary for him to fit in. By Matt Tait