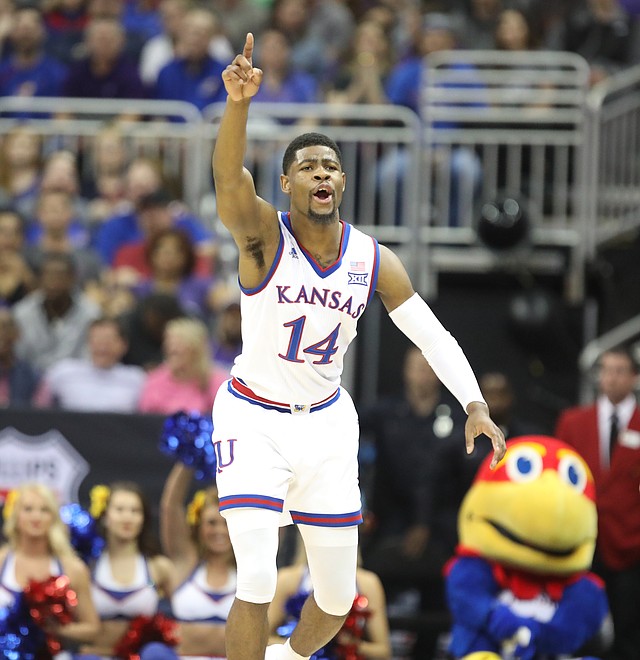 The path that led them there may have been slightly different than in seasons past. But it took them to the same place. The Kansas Jayhawks will enter next week's NCAA Tournament as a No. 1 seed for the third season in a row and the eighth time in Bill Self's 15 years leading the program. By Matt Tait

It wasn’t always the prettiest basketball Friday night in the third Sunflower Showdown of the season, but top-seeded Kansas lived by the old March mantra of survive and advance against Kansas State. With sophomore guard Malik Newman once again delivering most of the offense, the Jayhawks defeated rival K-State, 83-67, at Sprint Center to land a berth in the Big 12 tournament championship game. By Benton Smith