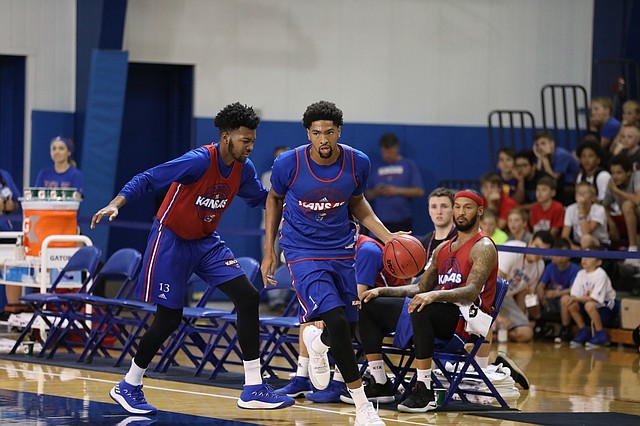 Self on KU forward Dedric Lawson: 'He's the best passer we've ever had here'

Not all great passers in basketball are small guards who take the ball down the court and run the team. By Tom Keegan

It was a sneaky-quiet 20 points and it came in a camp scrimmage against his teammates, but the particulars were not important. What was noteworthy was the way Kansas forward Dedric Lawson scored those 20 points during the Blue team’s 81-74 loss to the Red squad at the first Bill Self Basketball Camp scrimmage of the summer on Tuesday afternoon at Horejsi Family Athletics Center. By Matt Tait