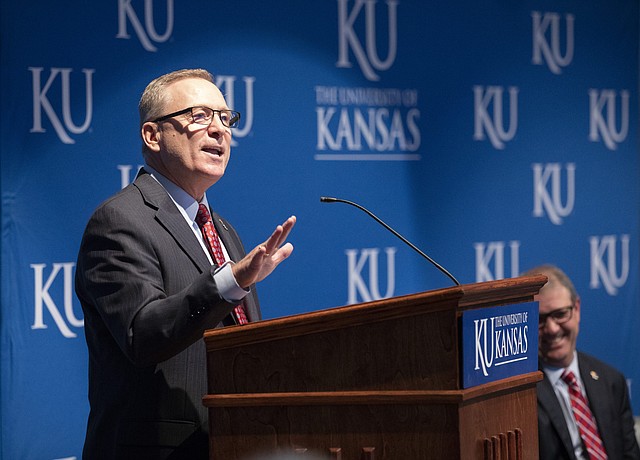 As coaching search continues, Jeff Long returns to Lawrence on flight from Dallas

Since taking over as athletic director at the University of Kansas on Aug. 1, Jeff Long has spent some of his time getting to know football coach David Beaty. By Benton Smith