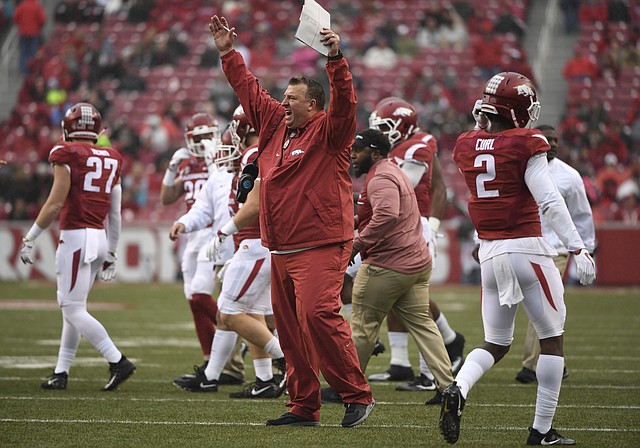 In this Nov. 18, 2017, file photo, Arkansas coach Bret Bielema talks with the officials during the first half of an NCAA college football game against Mississippi State in Fayetteville, Ark. The Razorbacks are dealing with their own dose of turmoil at the moment. Last week’s 28-21 loss to No. 16 Mississippi State guaranteed Arkansas’ third losing season in the last six years, and it came days after the school fired former athletic director Jeff Long. There’s likely more uncertainty ahead in the days following Friday’s game against Missouri for Arkansas--in particular for fifth-year coach Bielema. (AP Photo/Michael Woods, File)