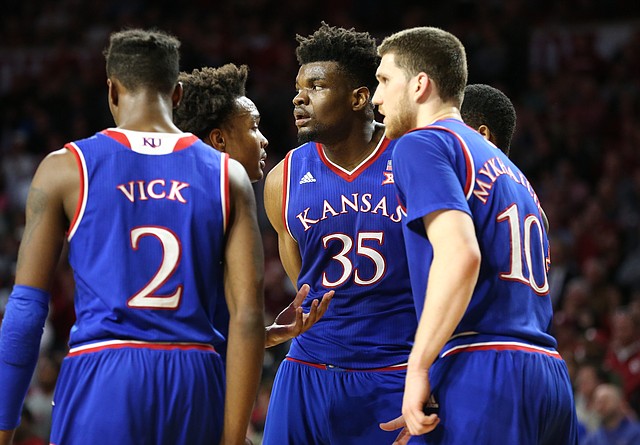 A season-long concern that had not yet fully hurt the Kansas basketball team did the Jayhawks in on Tuesday night, when 12th-ranked Oklahoma used an intentional-foul strategy on KU big man Udoka Azubuike during the game's final four minutes to knock off No. 5 Kansas, 85-80, at Lloyd Noble Center. By Matt Tait