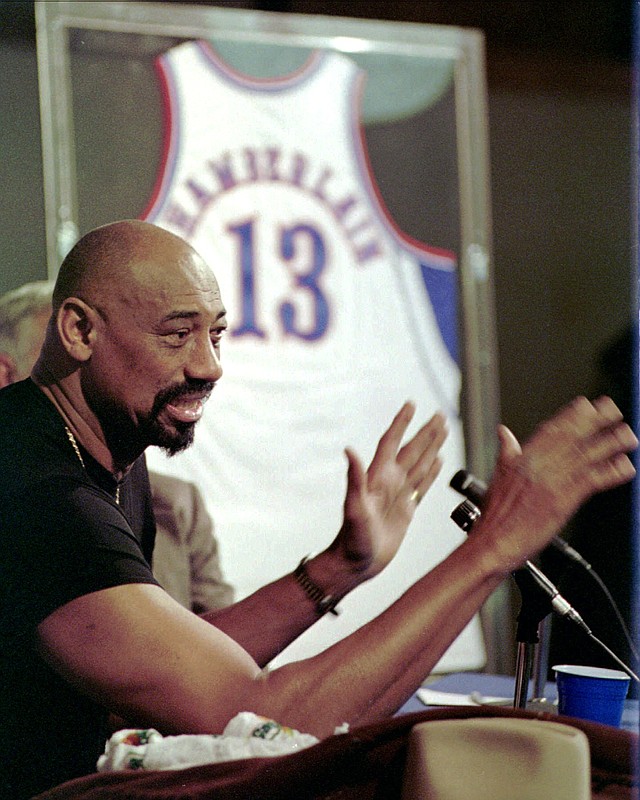 Wilt Chamberlain talks about playing basketball at the University of Kansas during a news conference Friday, Jan. 16, 1998, in Lawrence, Kan. Chamberlain returns to Kansas for the retirement of his number during halftime of Saturday's game against Kansas State. Chamberlain played for Kansas in 1957 and 1958. He holds KU single game records for scoring, rebounding, field goals made and free throws made. (AP Photo/Orlin Wagner)

Twenty years ago Wednesday, a giant returned to Allen Fieldhouse. His name was Wilt Chamberlain, he, somehow, still managed to squeeze into his old letter jacket and he was in Lawrence for the first time in more than 20 years. By Matt Tait