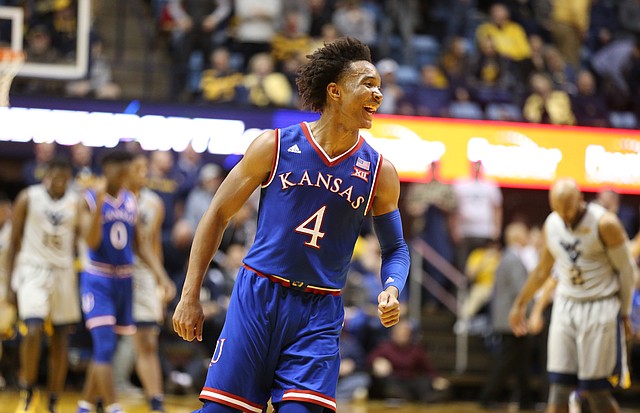 Two days before he embarks on leading the Kansas basketball team through the NCAA Tournament, senior Devonte’ Graham reached a different kind of final four. The Jayhawks’ leader and point guard learned Tuesday he is one of four finalists for the James A. Naismith Trophy.

Jayhawks jump to No. 5 in latest AP Poll

The Kansas men's basketball team continued its climb in the Associated Press Top 25 poll this week, jumping five spots from No. 10 to No. 5 in the latest rankings released Monday afternoon. By Matt Tait

Even if you watched the replay three or four times after it was over, it’s hard to pinpoint exactly how the 10th-ranked Kansas men’s basketball team flipped the script on an otherwise sluggish performance and played some of its best basketball of the season down the stretch to steal a victory in Morgantown over West Virginia on Monday night. By Matt Tait