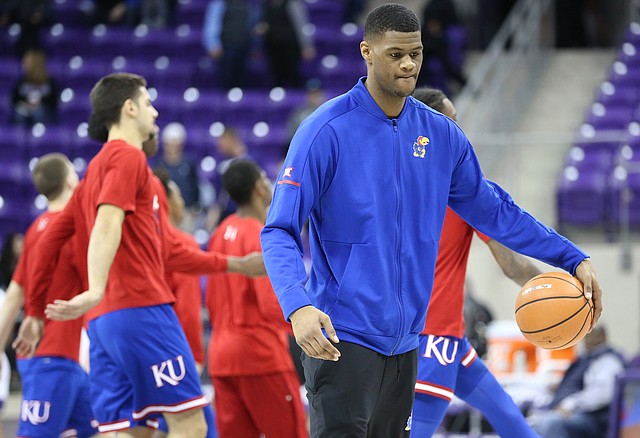 Kansas forward Billy Preston dribbles a ball at half court as his teammates get stretched prior to tipoff against TCU, Saturday, Jan. 6, 2018 at Schollmaier Arena.

I am glad this is over. I hate what Preston and/or his family put KU through. I hate to imagine what would have happened to KU if Preston had played regular season games and this whole mess happened.!!!

I don't blame the NCAA at all. If it was a clear cut transaction with the car, it would have been cleared up immediately. But if you are trying to cover your tracks, it's hard to find a clear path to come up with an answer. One lead leads to another path; which may lead to 2 paths, etc.

I just hope KU comes out okay in this mess!!!