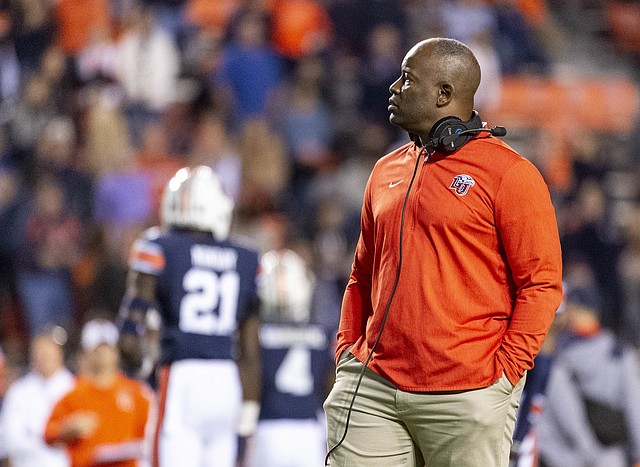 FILE — Liberty head coach Turner Gill looks on during an injury break in the second half of an NCAA college football game against Auburn, Saturday, Nov. 17, 2018, in Auburn, Ala. (AP Photo/Vasha Hunt)