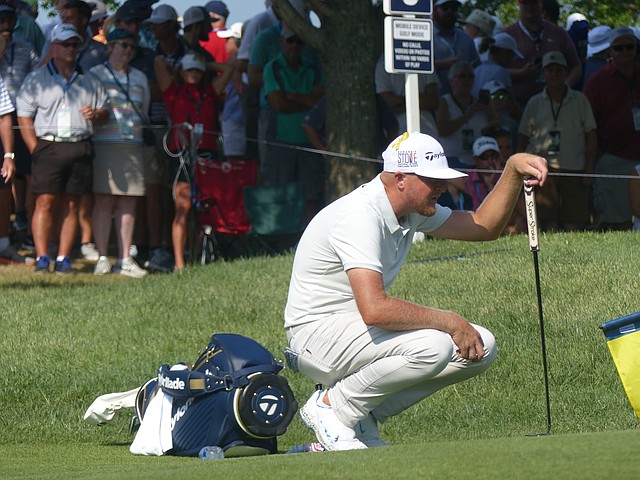 Former KU All-American golfer Ryan Vermeer gets a read on his putt Friday, Aug. 13, 2018 on the fifth green at Bellerive Country Club in St. Louis, site of the 100th PGA Championship

For the second year in a row, former University of Kansas All-American golfer Ryan Vermeer has been named a PGA Professionals Player of the Year. By Matt Tait