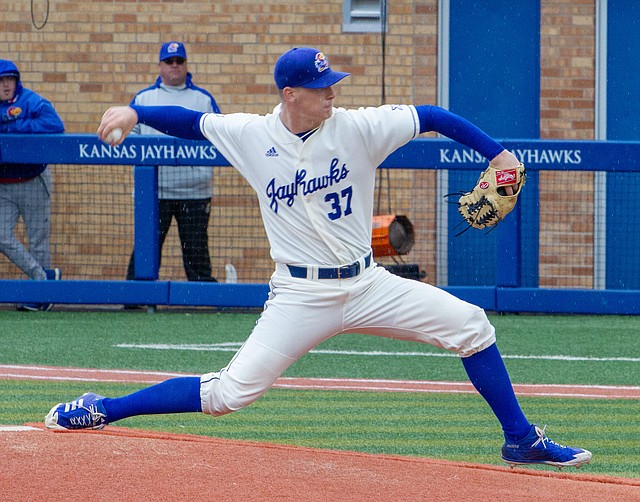 Kansas had an elite Friday-Saturday starting pitching combination during the 2018 college baseball season, but it takes more than two terrific prospects to make a pitching staff.

There was no question as to where the biggest out of the game was recorded. Even if you missed it, the mark imprinted on the padding out in center field told the story of one of the game’s biggest plays.