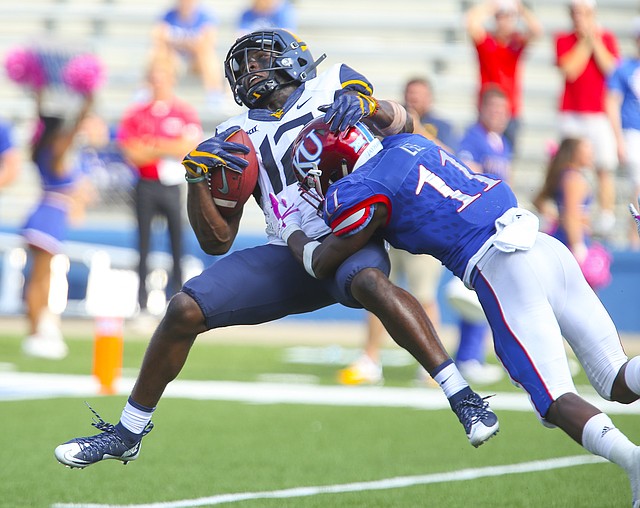 Injured for the Kansas football team’s previous game, high-energy safety Mike Lee arrived at Jones AT & T Stadium, in Lubbock, Texas, this past Saturday even more eager to play than usual. But Lee’s day ended abruptly with 32 seconds to go in the first half when the safety drew a targeting penalty and an automatic ejection for his hit on Antoine Wesley after the Tech receiver made a catch. By Benton Smith

Notebook: Hard-hitting Mike Lee plans to prove he can cover, too

Ever since the early weeks of his first college football season, when he became a full-time starter as a true freshman, University of Kansas safety Mike Lee began standing out with his cutthroat open-field hits. Those types of jolts made for thrilling video clips throughout each of his first two seasons, but Lee wants to become a more complete presence within KU’s secondary this coming fall. By Benton Smith

The Kansas football team’s second-leading tackler, sophomore safety Mike Lee, might not get another chance to add to his current season total of 65 stops. Head coach David Beaty didn’t know at his weekly press conference whether Lee would be able to return to the field for Saturday’s season finale at No. 18 Oklahoma State. By Benton Smith