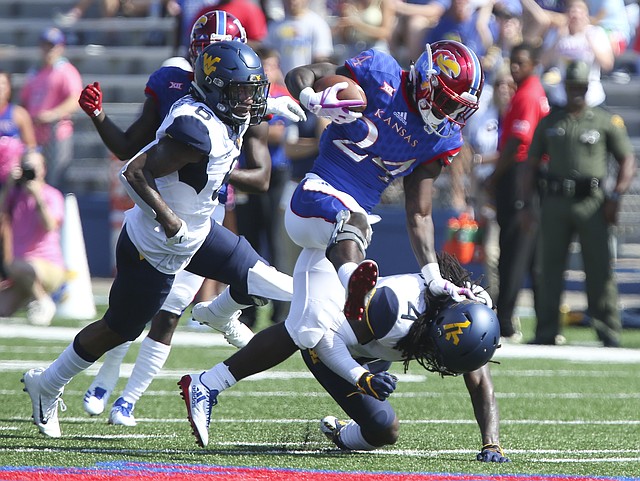 Now that new University of Kansas chancellor Dr. Doug Girod made it clear he stands behind athletic director Sheahon Zenger and football coach David Beaty and no changes will be made there any time soon, the challenge to Saturday’s home football game became seeking a sign, any sign, of progress from a football program running on a hamster wheel for going on eight years. By Tom Keegan