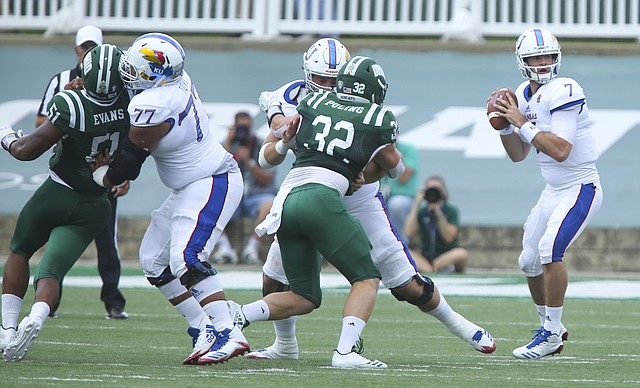 The Kansas football program lost one of its best offensive players this offseason, when starting center Mesa Ribordy was forced to retire from the sport due to a history of concussions. Now that head coach David Beaty, new offensive line coach A.J. Ricker and offensive coordinator Doug Meacham have to find someone on the roster to replace Ribordy, they’re not leaving anything to chance. By Benton Smith