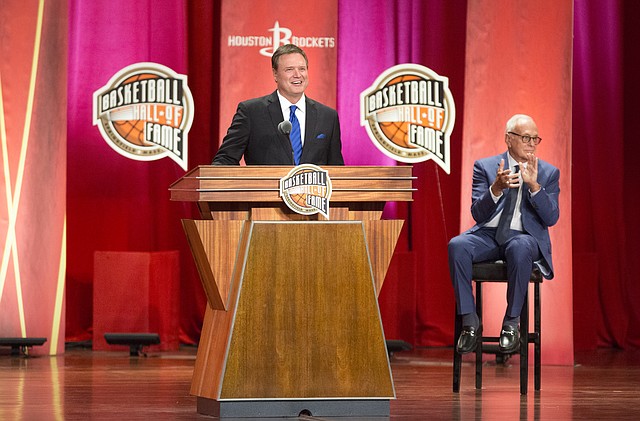 One Year Later: KU basketball coach Bill Self reflects on Hall of Fame induction after watching 2018 class go in

It’s been a year since Kansas basketball coach Bill Self stood on a brightly lit stage in Springfield, Mass., and saw his informal title instantly transform from elite college coach and national champion to Hall of Famer. But in the 12 months since that special night, when Self celebrated with nearly 150 family, friends and former players, not much has changed for the Bill Self the basketball coach. By Matt Tait

Kansas basketball coach Bill Self never met a crowd he couldn’t charm. And Friday night, after overcoming some early nerves and a couple of cracks in his voice, Self left Symphony Hall with his perfect record in tact. By Matt Tait