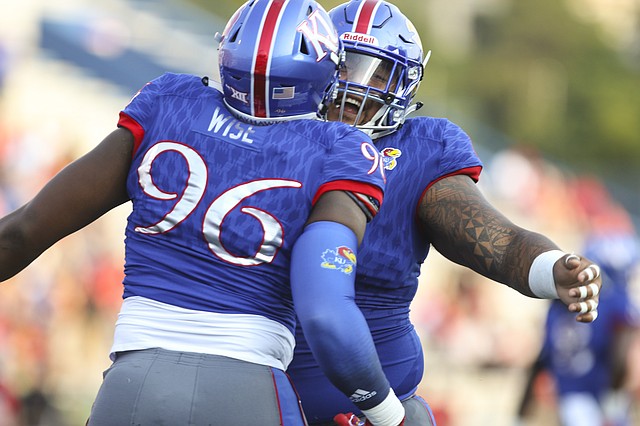 Former Kansas football defensive lineman Isi Holani died Saturday at the age of 24, the program announced Sunday. A native of Kaumana, Hawaii, the 6-foot-3 defensive tackle played for the Jayhawks from 2016-18.

Although diehard optimist David Beaty opened his Tuesday press conference with some good news on the injury front for his football team, the Kansas coach also revealed the Jayhawks suffered a blow to their defensive line. By Benton Smith

Coming off a troubling home loss to Central Michigan, Kansas defensive coordinator Clint Bowen knows the numbers as well as anyone. Two games into the season, the Jayhawks have made just one sack and been credited with five quarterback hurries. By Benton Smith

Coordinator Clint Bowen doesn’t have anything against the Kansas football team using a traditional defensive front, with two edge rushers bookending a pair of big tackles. But upon seeing what the Jayhawks could accomplish with a super-sized D-line, Bowen sees incentive to go big up front this season. By Benton Smith