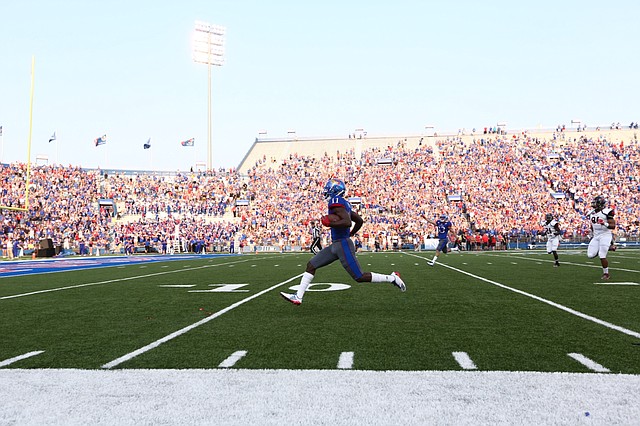 On a night to celebrate the 2008 Orange Bowl champions team, the current version of the Kansas football team put on its own show Saturday at Memorial Stadium. By Bobby Nightengale