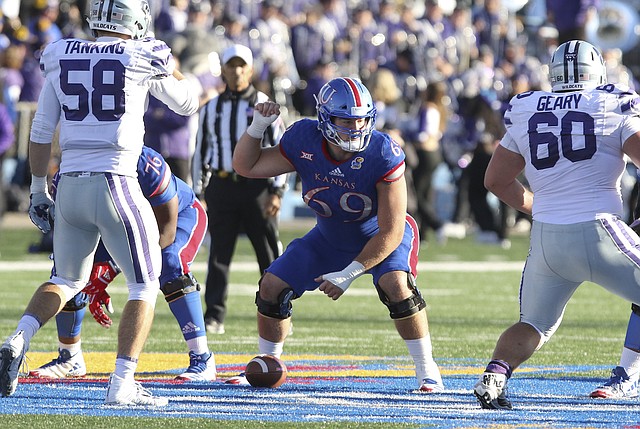 The Kansas football program made its 2018 roster public for the first time Wednesday. While the register of names, heights, weights and more unveiled what jersey numbers the Jayhawks will wear for spring practices and fall games this year, it also revealed the absence of one critical member of the 2017 team and a handful of others who had eligibility remaining.By Benton Smith

Redshirt sophomore center Mesa Ribordy isn’t the type of football player to tout his own performance or boast about how much he means to the Kansas offense. Don’t worry. His teammates and coaches will. By Benton Smith