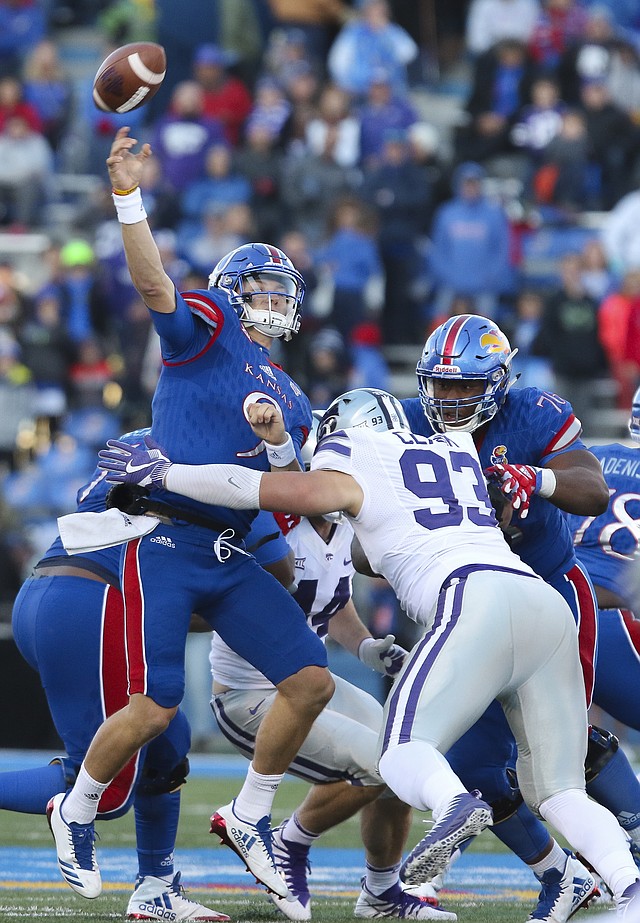 Kansas quarterback Carter Stanley (9) leaps as he is hit on a throw by Kansas State defensive end Davis Clark (93) during the fourth quarter on Saturday, Oct. 28, 2017 at Memorial Stadium. At right is Kansas offensive lineman Chris Hughes (76).

The Kansas football staff proved a week ago it doesn’t mind switching things up at quarterback in search of a spark. But that doesn’t mean the coaches will have new starting QB Carter Stanley on a short leash versus Baylor. By Benton Smith