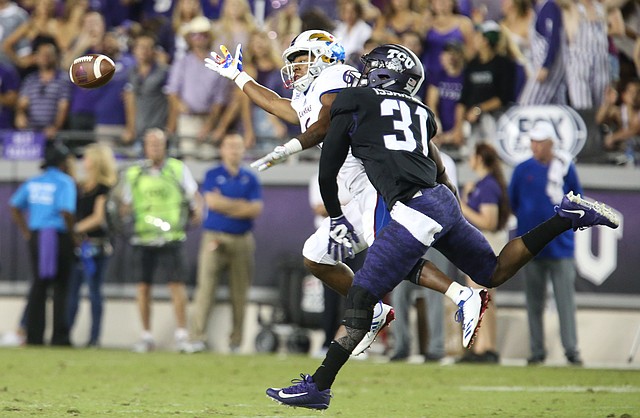 Kansas wide receiver Quan Hampton (6) has a pass broken up by TCU safety Ridwan Issahaku (31) during the second quarter, Saturday, Oct. 21, 2017 at Amon G. Carter Stadium in Fort Worth.

No one associated with the Kansas football team’s backsliding offense is taking lightly back-to-back shutouts, featuring a combined 127 total yards. The tricky part currently is putting the consecutive misadventures permanently behind them. By Benton Smith

'It was pretty bad': Jayhawks pounded against TCU, produce 21 yards on offense