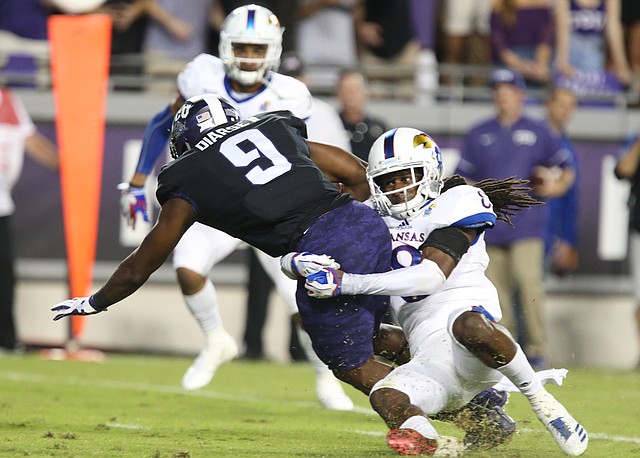 Kansas cornerback Shakial Taylor (8) tries to hang on as TCU wide receiver John Diarse (9) trudges up the field during the first quarter, Saturday, Oct. 21, 2017 at Amon G. Carter Stadium in Fort Worth.

A couple of days into preseason camp, Kansas cornerback Hasan Defense could tell that the secondary in which he played didn’t resemble its predecessor. “Before we would get a lot of reps. Now you have to split up the reps. Obviously when your reps get taken you notice it A.S.A.P.,” Defense said. By Benton Smith