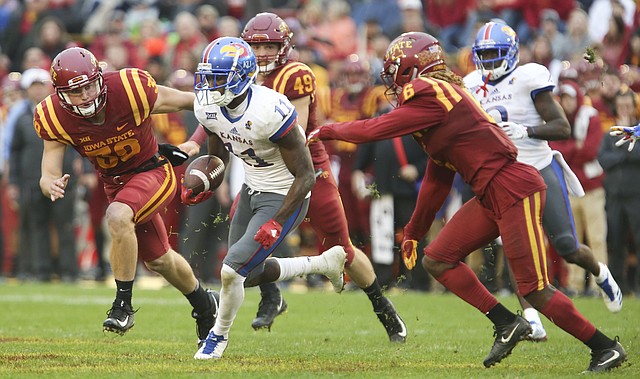 During his second consecutive year as the Kansas football team’s leading pass-catcher, Steven Sims Jr. absorbed no lack of lessons to carry with him into off-season preparations for his upcoming senior year. When the 5-foot-10 receiver from Houston chews over the meatiest matters on his agenda, though, Sims’ mind turns to one area that felt more like a deficiency to him than a strength. By Benton Smith