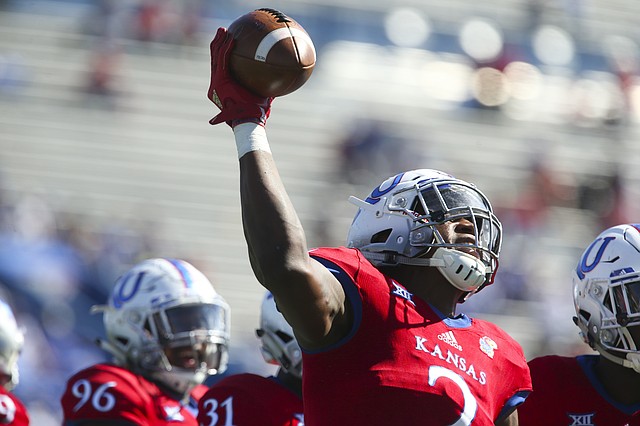 Kansas defensive end Dorance Armstrong Jr. (2) hoists up the ball after recovering a fumble during the third quarter on Saturday, Oct. 7, 2017 at Memorial Stadium.

Jerry Jones: Dorance Armstrong Jr. has shot at becoming 'hell of a pass-rusher' in NFL

Each of the previous two years, the NFL Draft came and went without a University of Kansas football player deemed worthy of a selection. As expected, the drought didn’t stretch to three years. Former KU defensive end Dorance Armstrong Jr. put an end to it Saturday, when Dallas picked him in the fourth round. By Benton Smith