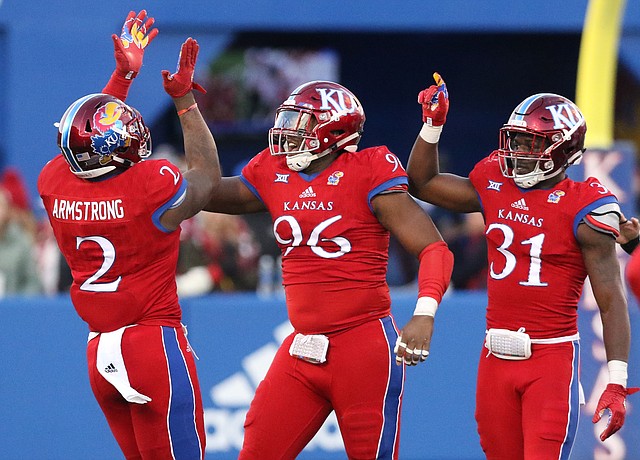 For the first time since 2009 the Kansas football program has two players on a Preseason All-Big 12 first team. By Benton Smith

Daniel Wise to return for redshirt senior season at Kansas

The University of Kansas football team will only lose one half of its imposing defensive line duo heading into the 2018 season. By Benton Smith

There’s a chance the next time the Kansas football team takes the field it will do so without standout defensive tackle Daniel Wise. The 6-foot-3, 290-pound lineman, just like his KU teammate Dorance Armstrong Jr., will spend much of his time in the upcoming weeks exploring whether he should enter the 2018 NFL Draft. By Benton Smith