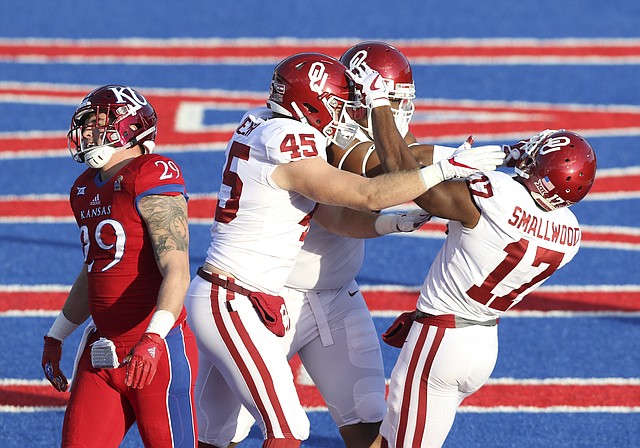 The Big 12 unveiled its preseason media football poll Thursday afternoon and the 2018 version closely resembles its predecessors from recent summers in that Kansas can be found at the very bottom of the list. By Benton Smith

Unfriendly Affair: Despite inspired start, Jayhawks can't keep up with No. 3 Oklahoma

If the Kansas football team’s defensive captains hoped to rattle Oklahoma quarterback and Heisman Trophy candidate Baker Mayfield by refusing to shake his hand during the pre-game coin toss, the ploy’s effects weren’t nearly enough to upset the No. 3 Sooners. By Benton Smith