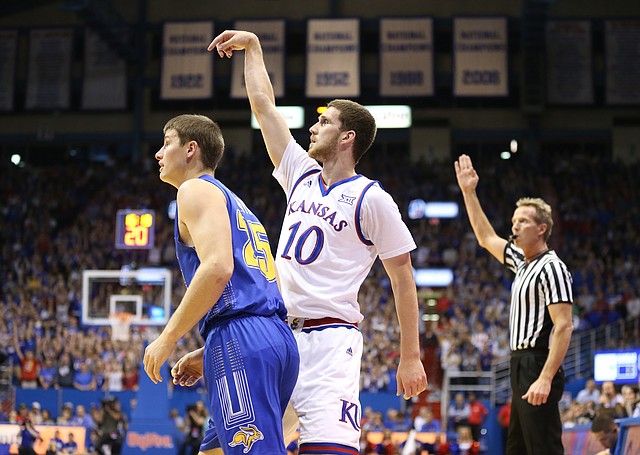 Svi Mykhailiuk doesn’t turn 21 until June 10, but as a college basketball player, everything about him screams senior. He’s playing with senior urgency, senior consistency and senior smarts.

The only person who could stop Svi Mykhailiuk was Svi Mykhailiuk. Early in the first half against South Dakota State, the senior guard cot fire, tallying 19 points in what would become a blowout win. By Scott Chasen