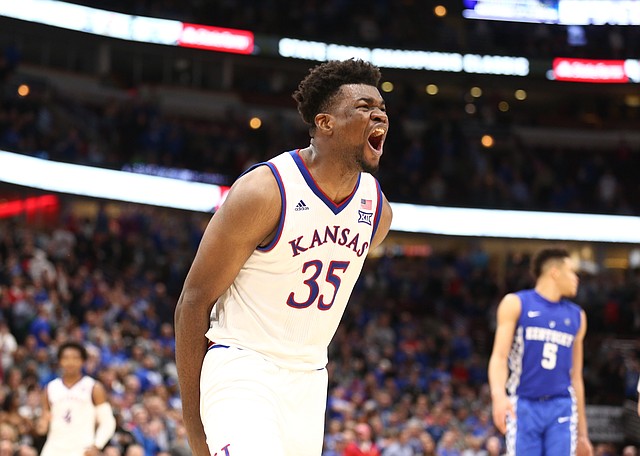 Kansas center Udoka Azubuike (35) roars after a foul by Kentucky late in the second half on Tuesday, Nov. 14, 2017 at United Center.

On a night when the Kansas men's basketball team shot 35 percent from the floor and won, the one Jayhawk who finished with a field goal percentage above 50 percent had just five attempts. By Matt Tait